Talk to your teen...13 Reasons Why

When 13 Reasons Why was released on Netflix last year, there were countless articles by mental health professionals and educators about the show and the effect it could have on adolescents. The National Association of School Psychologists (NASP), the Society of Clinical Child and Adolescent Psychology (SCCAP), and other professional organizations and school boards released statements expressing concern. Now, as the second season is released today, the show remains controversial among those who care for or provide services to teens.

As a psychotherapist who works with teenagers and young adults, when I first heard about it, the premise of the show felt concerning and I had no desire to watch it. The idea of a teenage girl, Hannah Baker, taking her own life and recording tapes detailing how her classmates might be complicit in her suicide seemed like a dangerous one, especially if presented to teens. The premise seemed like it not only immortalized the dead protagonist and glamorized her death, but also suggested that suicide is a natural end to traumatic events, rather than action taken as a result of a serious mental health issue. Amongst the collection of writings and statements about the show, many people expressed concern that the show would be triggering to teenagers struggling with similar issues and could prompt copycat suicides. In fact, an article in The Atlantic cited a study that claimed there was an uptick in internet searches for suicide methods, although the study did not find a link to actual suicide attempts (Gilbert, 2017).

After watching it, and still, a year later, I believe that these are important and valid concerns. There is no doubt that adolescence can be an extremely challenging time – not only does it mark a confusing transition between childhood and adulthood, but it is also a period in which one is very deeply affected by the things that are going on around him or her. Most of the criticisms that center on the effect that watching the show could have on teens are invaluable and important to consider.

We do teenagers and those who care for them a disservice, however, if we try to represent 13 Reasons Why as simply “good” or “bad.” The show itself even does an exemplary job of reminding us of how much confusion and grey area exists in adolescence and in life in general. The program paints an accurate picture of the struggles that teens face today, without glossing over the messy parts or setting the story in an unrealistic world. The series deals with bullying, sexual assault, substance abuse, and shame in a complex and authentic way. These are challenges that teens face regularly, while at the same time going through the process of figuring out who they are and how they fit into the world. On a personal level, Hannah Baker’s story reminds me of my own high school experience, as well as the experiences of many people I have known. Professionally, it also reflects the challenges and tribulations that many of my clients have gone through.

When we minimize or push aside these realities and try to shield teens from the messiness of life, we leave them unsupported and ill prepared. On the contrary, if we treat them as adults and forget about their vulnerabilities, we leave them unprotected. So we can’t disregard the worries and criticisms raised about 13 Reasons Why. We also can’t shut our eyes to what teens go through and this program reminds us to listen to their lived experiences. In the thirteenth episode, the protagonist, Clay Jenson, states, “It has to get better – the way we treat each other and look out for each other. It has to get better somehow.” I believe that we can always find ways to do better to love and care for our youth.

Despite the legitimate criticisms, teenagers watched 13 Reasons Why and they will watch the second season when it is released today. So let’s use this as an opportunity to talk openly with them about what they are going through and give them the support and encouragement they need to make healthy choices and grow into happy adults. If you, your child, student or anyone you care about needs help or resources, please reach out to local or national crisis hotlines or any of our therapists here at Insight Wellness of Maryland. 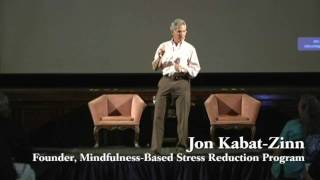